Decentralizing is the essence of an efficient supply chain

Centralization, or the control of an organization by a single authority, has been prevalent in several organizations over the past few decades. In fact, even today, most organizations have centralized systems. To understand centralized systems fundamentally, let’s take the case of the Central Government. The problem with the Central Government is not just the physical distance or the deficiency of awareness about the local problems, but also the psychological separation of the government from its citizens. This commonly leads to the government taking a course of action which is not favored by the community at large. Due to this, their credibility also becomes questionable. This is an instance of centralization, wherein a single authority directs, controls, and makes decisions. A noteworthy example of this kind of system is the US Government. Even the US dollars are printed by the country’s Mint only after the Congress permits. If ever, due to a miserable twist of fate, the US Government disappears someday, so will their currency. Technically speaking, this is more like one machine telling the other devices what is to be done.

Image is taken from Ethfinex

In layman terms, decentralization is the uniform, systematic and symmetric distribution of authority at all levels of management. Focusing on the problems discussed above, had the government been decentralized; the administration would have been more efficient and reliable. Even the local community would have had a voice and right in the government. Let’s have a look at the other benefits of decentralization.

Implications of Decentralized Nodes in the Supply Chain

Supply Chain Management plays a crucial role in every organization in order to meet the ever-increasing expectations of customers at a reasonably low cost. For the same, the companies need to study the sectors of their supply chain which are competitive and thus make the required improvements to fit the customers’ needs. To be able to map out the supply chain sectors, decentralization is a must.

We are providing Supply Chain solutions through DiscoveryIoT; which are run through a network of decentralized nodes, residing on the users’ smartphones. We have come up with more than one revolutionary allowance that lets different companies track their goods through the supply chains, precisely alongside, giving equal importance to the factor of their timings. The company is solving various supply chain issues with the convergence of many technologies. Our solutions are well under budget and hence the best suitable in today’s market. Every supply chain industry has an eye on our ICO, which will begin in the September of 2018.

Decentralization as an Ethos of Blockchain

The greater the number of decentralized nodes in the supply chain; the faster the transactions take place, ensuring full efficiency in a single go. The cryptocurrency system acquires a credit value of its own, once the ledger transactions are established by the nodes. Blockchain works as a congregation of the technologies of asymmetric encryption and point-to-point network. Thus, Decentralization is the outcome of a non-trust mechanism.

In the cryptocurrency community, decentralization is completely visible. The money no longer gets printed or gets valued by some institution. It is, in fact, created and added value to, by the community that uses it. The Bitcoin Network, with miners, developers, and users, needs to get matured by granting equal privileges to participants across the network. However, if we see Blockchain as a decentralized and non-trust system, it can be utilized only for open source applications.

Some companies also follow a combined policy of Centralization and Decentralization. They keep important matters like financial and infrastructural decisions with the top levels of management while the general ones are shared with people working at different levels. Centralization gives the controlling authority an undue power to determine almost everything for the system, further taking away the decision making power and the autonomy of the lower levels of the organization. Essentially, no company can be solely centralized or decentralized, it has to be a mix of both. However, the merits of decentralization definitely outweigh its demerits. Therefore, Decentralization is the way forward. 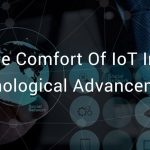 The comfort of IoT in technological advancementInternet of things, Supply Chain 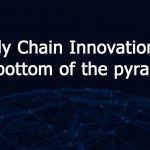